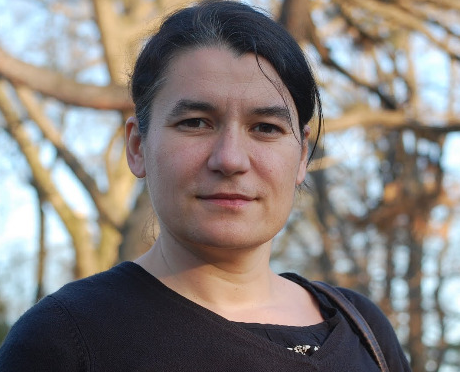 In the last 12 months, the media and marketing sector has gone through a period of dramatic unrest. The complexity of the digital media supply chain, ad fraud and brand safety have made brands question the platforms they use, and the media brands they chose to partner with, writes Sonia Marguin.

With the rise of fake news, and the increase in the volume of distrusted and sensationalist content pushed out via social media, it is not surprising that consumers have also become more cautious and selective about where they get their information and who to trust.

But more importantly, consumer trust in the media and their associated advertisers is being eroded by the very industry that has built its foundations on trust. Keith Weed, CMO of Unilever, is deeply concerned about the impact that all of this has on the consumer, and on the relationship between a brand and its customers, and has called on the industry ‘to collectively build trust back into our systems and society’.

With the rise of ad fraud coupled with poor viewability scores, many brands are now demanding more control over where their digital ads are appearing, and until this is fixed (or at least improved), some of the world’s biggest advertisers are reducing their digital investments.

Marc Pritchard, chief brand officer at P&G recently announced at an ANA conference that P&G’s $200M digital cutback in digital ad spend in 2017 is being reinvested into trusted platforms including audio, ecommerce and TV.

Advertisers want their ads to run against content and media brands they want to associate with, and have control over this process. So a key priority for any advertiser is to create a positive brand association with the right audience, around the right context in a trusted environment. So with all of this in mind, what are the key considerations for planners, and where does TV fit in?

Two new reports from inTV (International TV Group) reaffirm that the demise of TV is very much overstated, with global ad spend exceeding $212B in 2017, increasing by $1b vs. 2016. TV is in a good place: many brands are re-evaluating their digital investments and shifting ad dollars back to traditional partners and platforms.

In this uncertain environment, trust is a crucial consideration for any advertising planner, and TV is the most trusted medium according to 42% of the UK population, followed by newspapers at 13% and social media only scoring 5%. And when comparing levels of trust between national and International TV channels, consumers consider International TV +45% more trusted than their national counterparts.

Building reach and brand awareness is a key objective for many planners. Despite questions over declining TV audiences, 95% of affluent Europeans continue to watch TV every day, and the TV set is still the preferred option with 54% of affluent Europeans only watching on a TV set, 41% watch on a combination of screens, and less than 5% claim to only watch TV on tablets or mobile devices.

On average, UK consumers watch 45 TV ads every day, and the benefits of advertising on TV stretches way beyond the screen. TV is the most talked about medium, with 53% of UK consumers discussing ads on TV with others and this is higher than all other media platforms put together. In addition, TV viewers have on average over 150 conversations about brands seen on International TV networks each year; that’s one brand conversation every two days.

Essentially, TV also provides brands with the control to align their ads with content in a reliable and safe environment, with guarantees and control over when, and where they want their ads to appear, without the concerns of poor viewability, or brand safety issues.

TV is the primary ‘go-to’ source of information for affluent Europeans for both news (31%), and sport (41%), with social media languishing at 2% for both. If reach is the goal, delivering exposure to as many people as possible in a brand’s target audience has to be the first priority, and TV should be considered in the mix. But whilst continued activity using the same platform will build multiple exposures (which reinforce the message), incremental reach builds more slowly. So spreading investment across other platforms and formats that reach the target audience with minimum overlap will increase exposure more quickly, and optimise efficiently. A mix of media platforms and formats can therefore enhance advertising impact. Using TV and online video for example, delivers a +54% increase on business effects including market share, brand loyalty, profit and sales.

Disruption in the media and marketing industry is encouraging many brands to re-evaluate their digital investments, and many are shifting ad dollars to alternative, more reliable platforms. Importantly TV offers the reach, security, and brand safety that can reassure advertisers that their ads are being placed, and seen, in a trusted brand safe environment. This is why many of the world’s largest advertisers are reinvesting much of what they would have spent on digital back into TV.

First published in WARC in March 2018