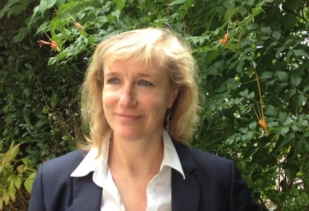 The truth behind business travellers and the best media to reach them with by Susi Thorimbert, head of research at Eurosport and board member of inTV.

The business traveller is a hot target for many travel brands, from tourist boards and luxury resorts to inward investment bureaux and car hire firms. However, they are literally a moving target which makes reaching them with traditional TV ad campaigns a notoriously difficult affair – they simply don’t have the time to sit and watch as much domestic TV as the average person.

However, research carried out this year by Ipsos in its Affluent Survey Europe shows why travel brands need to find alternative routes to reaching this elusive group.

For a start, the research shows that the more they travel on business, the more holidays business travellers are likely to take – with those travelling on business 11 times or more taking double the amount of holidays (four) compared to the average affluent consumer*.

For specialist travel brands, it’s interesting that the survey also highlights the fact that they are more likely to be adventurous in terms of the type of holiday they take, and they are over three times more likely than the average affluent population to wish to travel ethically.

Frequent business travellers are also likely to be senior level influencers, with those taking 11 or more business flights a year being four times more likely than average to be C-suites.

Not only that, but the Ipsos survey also shows that business travellers are high earners, being two-and-a-half (231 index) times more likely than average to earn 80,000 Euros or above – and they’re not afraid to spend it. Their online spend is one thousand times higher than for a non-traveller.

What’s the alternative route to reach them?

There is good news, though, for travel brands who want to reach this elusive but attractive audience. For a start we have found that, if you identify the right media channels to reach them, business travellers can be more receptive to marketing messages as they actually have time to consume media while they’re travelling.

Travel time is essentially enforced down time for these people, and catching up on the latest news and thinking is how many of them like to spend this time.

But what are the right media channels to reach them?

Plus, 27% of all business travellers revealed that they had watched international TV in a hotel room in the past month, rising to 42% for those taking 11 or more trips in a year.

It’s therefore no surprise that, according to Kantar Media, travel and tourism takes the greatest share of advertising spend on international TV channels, accounting for 19% and 146m Euros.

What are the benefits of international TV?

However, target audience reach isn’t the only reason why travel brands should be looking to international TV channels.

For instance, ad breaks tend to be shorter on international TV channels, a factor proven by Billett Consultancy in studies over the past decade to lead to increased levels of brand awareness and advertising recall.

In addition, they provide advertisers with a simpler, more cost effective way to buy media, with the whole of Europe reached with a single spot. This can significantly drive down the cost per thousand compared to buying market by market, a factor that has growing appeal as domestic audiences are becoming increasingly fragmented.

Also, it’s a fact that international TV channels tend to be more flexible and hands-on than domestic TV channels, often working with brands to create tailored creative campaigns with them to optimise the impact of their ads, maximising stand out to business travellers.

All of this adds up to an opportunity that travel brands should explore if they have not yet advertised on international TV channel; especially when making the shift from ‘multi-national’ to international campaigns can also strengthen brand messaging through execution of a single, unified brand message across a whole region.