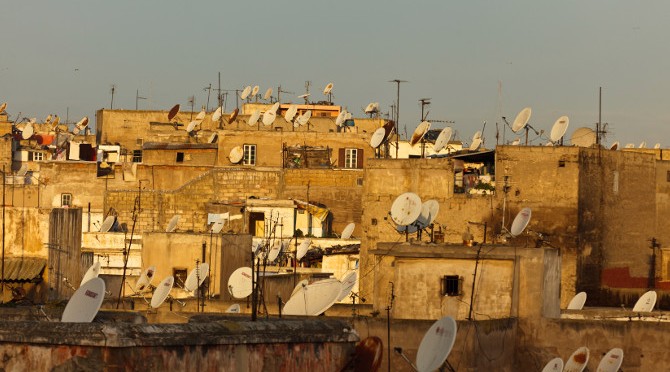 The rise of Africa presents a uniquely French-speaking marketing opportunity, writes Franck Buge, board member of the inTV Group and research director at TV5Monde.

It’s a date that’s unlikely to be on the calendar of many native English speakers, but every 20 March, there is a celebration close to the hearts of many of the French speakers around the world: la fête de la Francophonie.

On this day, cultural events are staged worldwide to celebrate the richness and vibrance of French-speaking across 77 countries on five continents. Participants in dozens of cities as diverse as Oslo, Abidjan, Los Angeles or Tokyo can join and enjoy movie projections, theatre plays, music concerts, book fairs, word games, and plenty more festivities, all united through their love for the language.

With English deeply rooted as the primary language in the global business landscape, culture tends to be the main motivation for studying and learning French for non-native speakers today.

It’s understandable. France is the most-visited country in the world, it leads the way with fashion and style, and has a strong reputation for good food and fine wine. In the ‘Soft Power’ rankings compiled by PR firm Portland, in association with Facebook and research company ComRes, the country ranks third for culture – behind the US and the UK – and first for engagement with the global community.

Interestingly, according to Ipsos Affluent Survey 2015, being multi-lingual is a likely sign of success, with a third of high income Europeans practising at least two foreign languages and 36% of them enjoy watching foreign channels.

“People who use French as a secondary language, are more likely to hold masters degrees and to travel frequently”

French is the second most widely known language outside of Francophone countries (France, Switzerland, Belgium, Luxembourg), with an overall penetration of 19%. It ranks highest in Southern Europe, noticeably Italy with 38% of French-speakers in the affluent population. And in English-speaking countries, it remains the primary foreign language learned.

So, for advertisers seeking educated, cultured indviduals, primary and secondary French speakers should be a key demographic.

For instance, the research shows that people who use French as a secondary language, are more likely to hold masters degrees and to travel frequently: 19% made six or more international airtrips in the past year, versus 13% for the total survey universe. They also enjoy higher than average personal income, and are more prominent in top business positions (C-suite).

The cultural appetite of the French-language community  is confirmed by the Ipsos survey, with higher than average visits to cinemas, museums and art galleries.

The Paris-based Organisation Internationale de la Francophonie (OIF) estimates that 212 million people around the world are born and bred speaking French, with 55% of them living in Africa.

For demographic experts, the continent is expected to account for more than half of the population growth over the next three decades. If the education targets are met, the French speaking population could treble and reach 650 million by 2060, according to OIF.

One of the most interesting stats from the UN is that, at its current rate of growth, Nigeria (currently the seventh-largest country in the world) is set to overtake the US as the third most populated country by 2050.

The combined effects of a rise in population and greater wealth is likely to fuel the appetite for consumer goods and households equipment throughout Africa.

According to Celia Collins, managing director at Carat Johannesburg: “Many global and large regional marketers – like P&G, Coca-Cola, General Motors, Woolworths, Old Mutual, Diageo, Peugeot – who are targeting and expanding through the development and building of major production plants, will continue to invest heavily into their advertising on the continent.”

It is therefore not surprising that across TV5Monde and France 24 we have seen spend on sponsorship and advertising from African advertisers rise by 70% between 2011 and 2015, with notable brands being Castel Beer and GSK, along with banks and government institutions.

They are using international channels like ours to reach African audiences, because there are strict regulations in Africa and there is no advertising on national stations. International channels provide a way around these issues and a direct route to affluent French speakers across the globe.

For the thousands of marketers heading to Cannes in a few weeks, perhaps it’s time to start looking further than just the speakers at Le Palais to find new thinking and opportunities – and open their eyes to the huge opportunity that French speakers can represent.

Tweets by @inTVgroup
We use cookies on this site to provide you with the best possible online experience. By clicking any link on this page you are giving your consent for us to set cookies. I agreeGive me more information